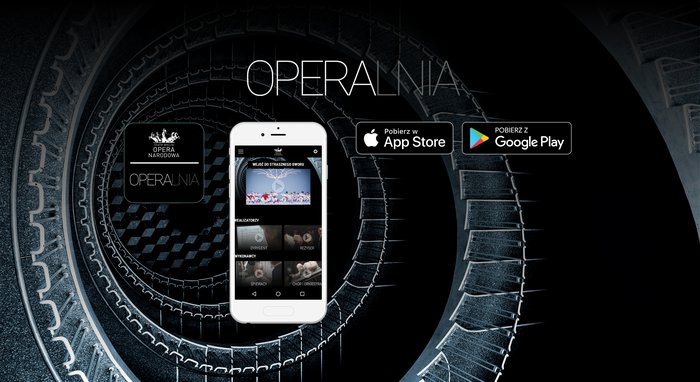 New app raises the curtain on the fascinating world of opera

Following Orkiestrownik, an app that shed light on the work of symphony orchestra, the Teatr Wielki, Warsaw has just launched Operalnia, which raises the curtain on opera house operations.

Operalnia is the first opera house that fits into your mobile! Users are offered a sneak a peek of the preparations for a performance and see what is happening behind the scenes while a show is in progress. Would you like to see scenery and lighting being set up, singers warming up and dancers preparing to go onstage? Now you can! You may also watch fragments of David Pountney's production of Moniuszko's Straszny dwór (The Haunted Manor), while following the developments in the dressing rooms and the cafeteria.

The app is named for the first public opera house in Poland, which was located in the Saxon Garden nearby the present-day opera house.

Download it and test away! The app is now available at Google Play and App Store.