I would like to express my deepest appreciation and gratefulness to everybody who has contributed to the organisation and artistic success of the Moniuszko in Warsaw Churches Festival of Sacred Music. Gracing the musical map of Poland this year, the enterprise is one of the most significant events marking the 200th anniversary of our national composer’s birth.

The year 2019 was declared the year of Stanisław Moniuszko by the Polish parliament and UNESCO. This is a wonderful opportunity to obtain a more comprehensive than usual retrospective view of the output left behind by this Polish composer of operas, songs, operettas, ballet music, instrumental pieces and sacred works.

The five monographic concerts to be held as part of the Moniuszko in Warsaw Churches Festival and featuring religious music composed by our national composer are not only the largest showcase of his Work presented as part of a single event; it is also a rare treat for the fans of his output as well as music lovers interested in new trends in concert programming. While congratulating the organisers and everybody involved in the Moniuszko in Warsaw Churches Festival on the event’s great programme and artistic form, I would like to wish you all satisfaction at completing this uneasy task. As for the audience, I hope that this experience will be an unforgettable spiritual feast. 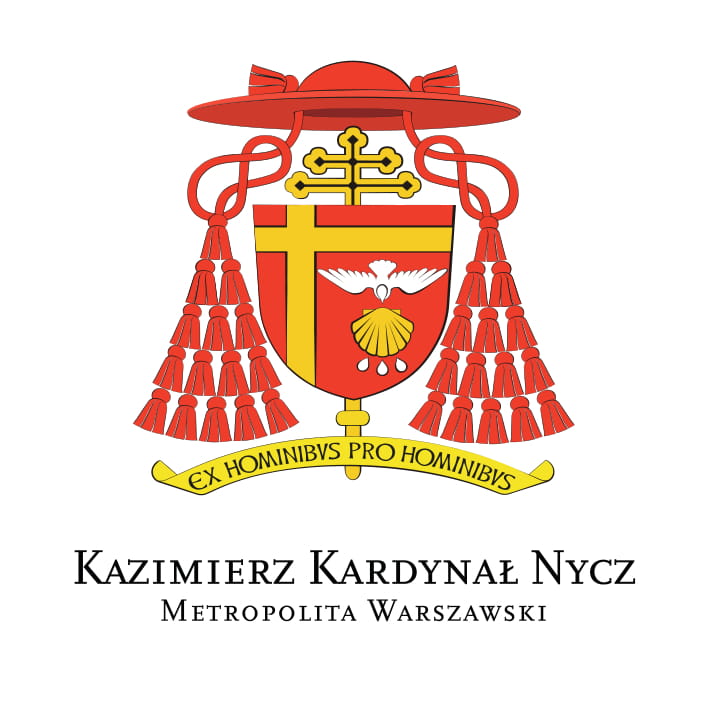 The history of music is written by great figures and great works that speak of their creators, making it possible to get to know their inner world and reveal the special contribution that each of them made to the history of culture (Saint John Paul II). One of such creators was Stanisław Moniuszko whom we commemorate in 2019. This is a wonderful opportunity to learn more about the life and rich output of the Father of Polish Opera, the greatest Polish composer after Chopin, and an artist whose music is generaly considered as a model for Slavic music. Moniuszko was not only a composer; he was also an educator and conductor of symphony orchestras and choirs.

Today's music lovers see him as an author of wonderful operas and operettas, ballets and concert ouvertures. We should, however, remember that he also came up with a new model of sacred music and wrote many religious pieces: masses, cantatas, hymns, litanies and psalms linked with Polish tradition, religiosity and folk culture.

Although still rarely performed and explored, the composer's excellent sacred works deserve special attention. For this reason, I am very thankful and happy to see the Sacred Music Festival Moniuszko in Warsaw Churches com into being between 6 and 10 November 2019.

I would like to invite Warsaw residents and all music lovers to take part in the Festival. Stanisław Moniuszko's sacred pieces will be performed in a manner that is faithful to musical era in which they were originally written, in the historical spaces of Warsaw churches associated with Moniuszko. I would like to thank everyone who chose to commemorate the composer this way and showcase works that illustrate his deep spirituality and religious sensitivity. May God bless them as well as all the performers and listeners.

Promoting Stanisław Moniuszko’s output is our duty. This year – the year of his bicentenary – it is our priority. The significance of the Work of the father of Polish opera in the history of Polish music and his role in the shaping of the nation’s cultural and social life cannot be overestimated. In the tumultuous 19th century, as the Polish nation remained stateless, the fact that Moniuszko consistently chose subject-matter of patriotic nature for his pieces and the public performance of them was a way to manifest Polishness and the belief that national culture in its essence is a binder that shapes Poles’ community spirit.

Apart from operas, songs and instrumental miniatures which found their way to concert halls as well as Polish homes, it is worth to highlight the indisputable valour of Moniuszko’s cantatas and religious pieces. I would particularly like to draw your attention to Litanie ostrobramskie (Litanies of Our Lady of the Gate of Dawn), Msza Piotrowińska (Piotrowin Mass) or Requiem, which we will hear in the coming days as part of the Moniuszko in Warsaw Churches Festival of Sacred Music held under the patronage of the Warsaw diocese.

I would like to wholeheartedly invite you to take part in the event. Its five concerts will feature the Polish composer’s pieces that represent his artistic achievements and present the beauty of vocal art. The Moniuszko in Warsaw Churches Festival of Sacred Music, as well as the Festival of Stanisław Moniuszko’s Sacred Music held concurrently under the auspices of the Diocese of Warszawa-Praga, are a comprehensive showcase of Moniuszko’s sacred output as well as an excellent opportunity to present new trends in concert programming, given the use of historically informed performance practices and historical church spaces. The careful selection of Polish vocal and instrumental ensembles as well as international soloists ensure the highest artistic standard.

I would like to invite all of you to explore the music of Stanisław Moniuszko with us, not only on special occasions. Let the interaction with his Work continue to bring us the joy that comes with getting to know the musical brilliance of this Master of Polish opera.

I wish you all unforgettable artistic experiences.

The Polish parliament and UNESCO have declared 2019 the Year of Stanisław Moniuszko. He is yet another great Polish composer that most people have heard of but do not actually listen to. His sacred works are completely overshadowed by the other pieces he wrote and rarely performed in concert despite the fact that, in my view, they are where he achieves his fullest artistic expression. Written not for financial gain but because of an inner drive, these pieces explore the most intimate and important spheres of his life. As regards the reception and performing tradition of Moniuszko’s sacred output, the four Litanie Ostrobramskie (Litanies of Our Lady of the Gate of Dawn) have been at the most disadvantage, especially in the recent years. Overall, this output embraces over ninety pieces varying as regards the size, genre and means of performance. There are many reasons why the composer’s religious works are so little known, one being the fact that appreciation for them decreased just after Moniuszko’s death, when Europe saw the rise of great symphony music and neo-romantic style. As a result, the performing practice of these pieces was and still is strongly influenced by subsequent aesthetic developments and does not give full justice to the merits of the music and its expression, sometimes even undermining it. Considered en bloc, the Polish artist’s output is seen as having strong patriotic and national overtones, and believed to be an important element of our culture. On the other hand, however, it is viewed as unoriginal, lacking finesse or, indeed, provincial. Consequently, it may be perceived as not attractive enough by artists and audiences looking for aesthetic merit and artistically irrelevant by performers/programmers. The reason is often a flawed supposition, namely judging the works’ aesthetic value in the context of subsequent artistic developments. Also, quite simply, the pieces remain unknown due to the unavailability of sheet music.

Our festival aims to change these optics. The goal of the programme is twofold. Firstly, it is to present the widest possible selection of Stanisław Moniuszko’s sacred music with special emphasis on his choral pieces. Most probably, this will be the first time the composer’s religious output is presented in all its diversity as part of one stylistically and performatively coherent event. Secondly, we wish to present the pieces in a form that is as faithful to the original as possible, in the original acoustic spaces, namely the historical Warsaw churches associated with Moniuszko, and using the original means of performance, that is vocal and instrumental ensembles of certain size and type, period instruments and original scores. For such an ambitious goal to attract adequate interest, we have enlisted the help of premier choirs and instrumental ensembles that possess the required period instruments and specialise in historically-informed performance. I hope that the novel approach will allow you to become more familiar with Moniuszko’s sacred pieces in their primary form and revise some listening and aesthetic habits you may have developed. The five monographic concerts will be a chance for all of us to enter – at least for a while – the inner world of intimate reflections and experiences of the remarkable composer that Stanisław Moniuszko was. 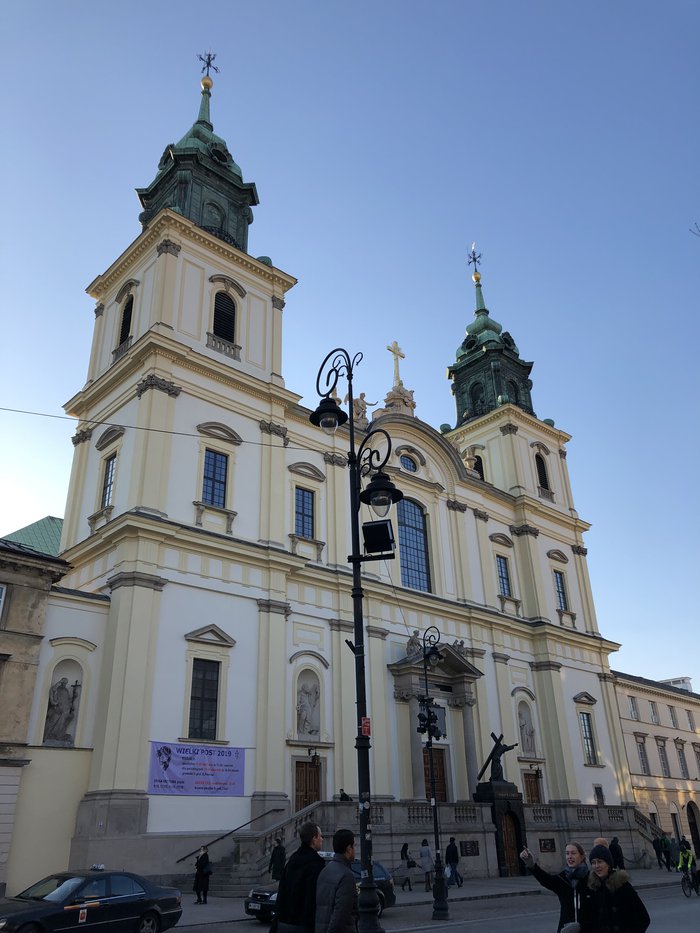 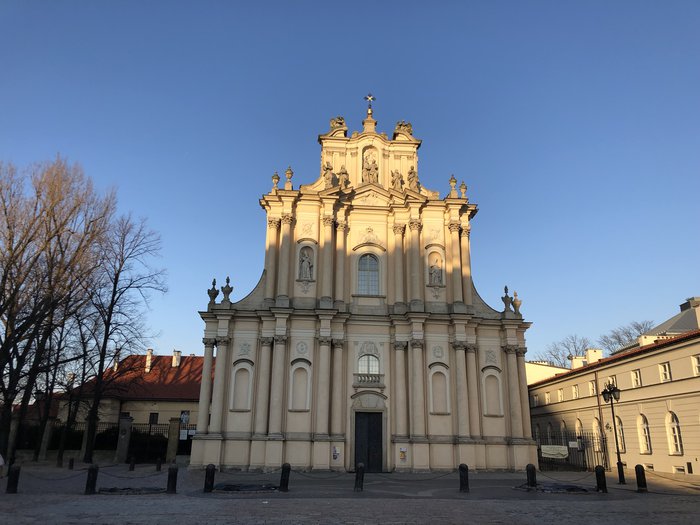 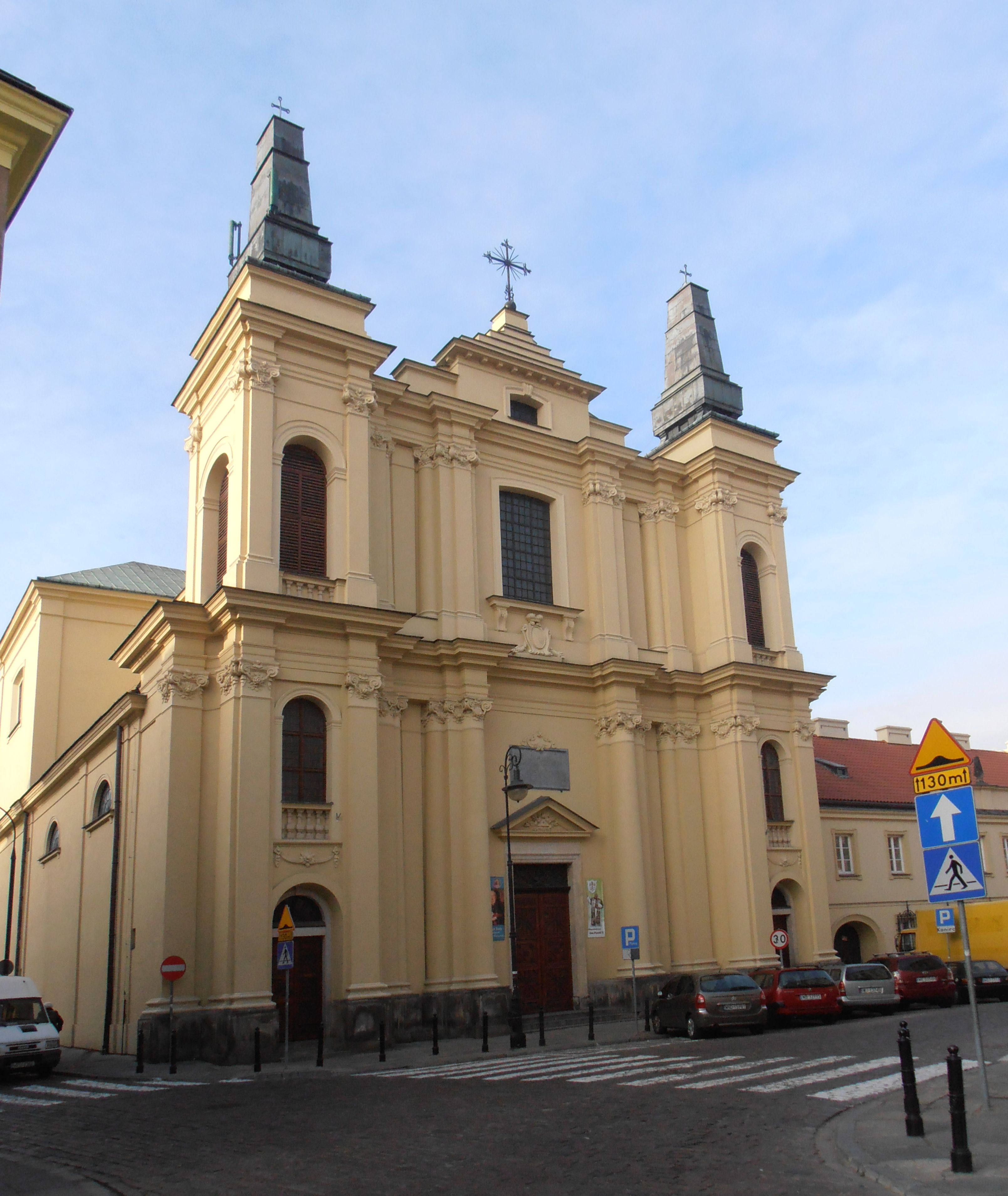 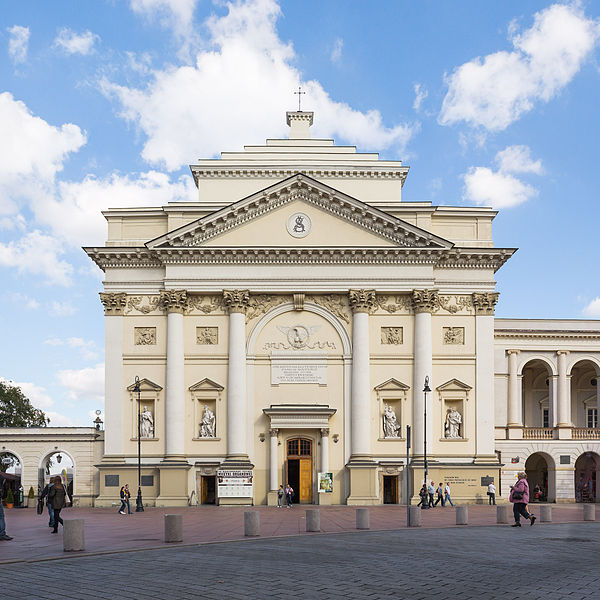 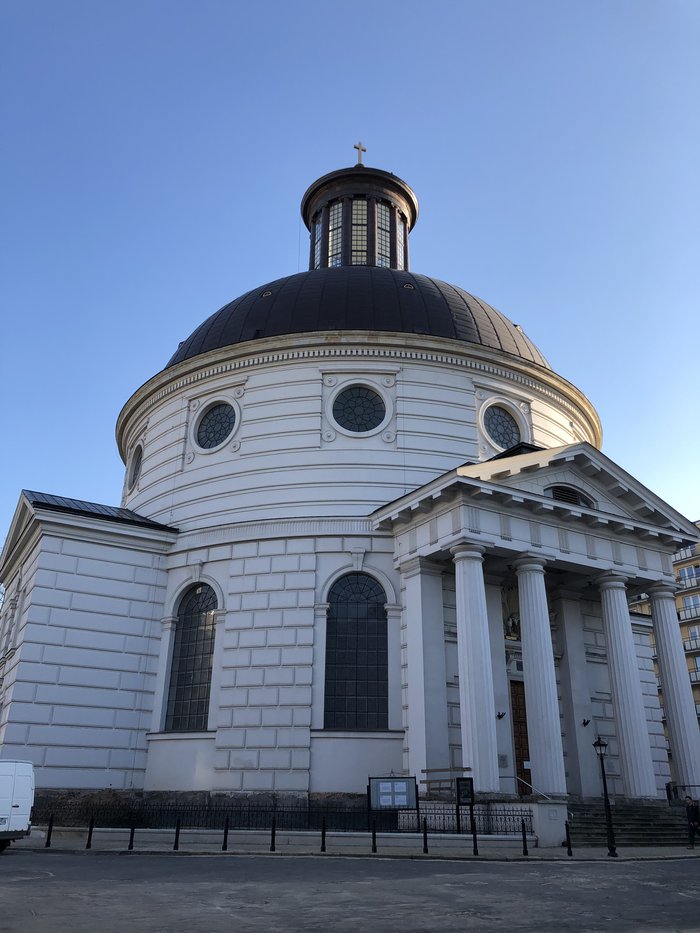 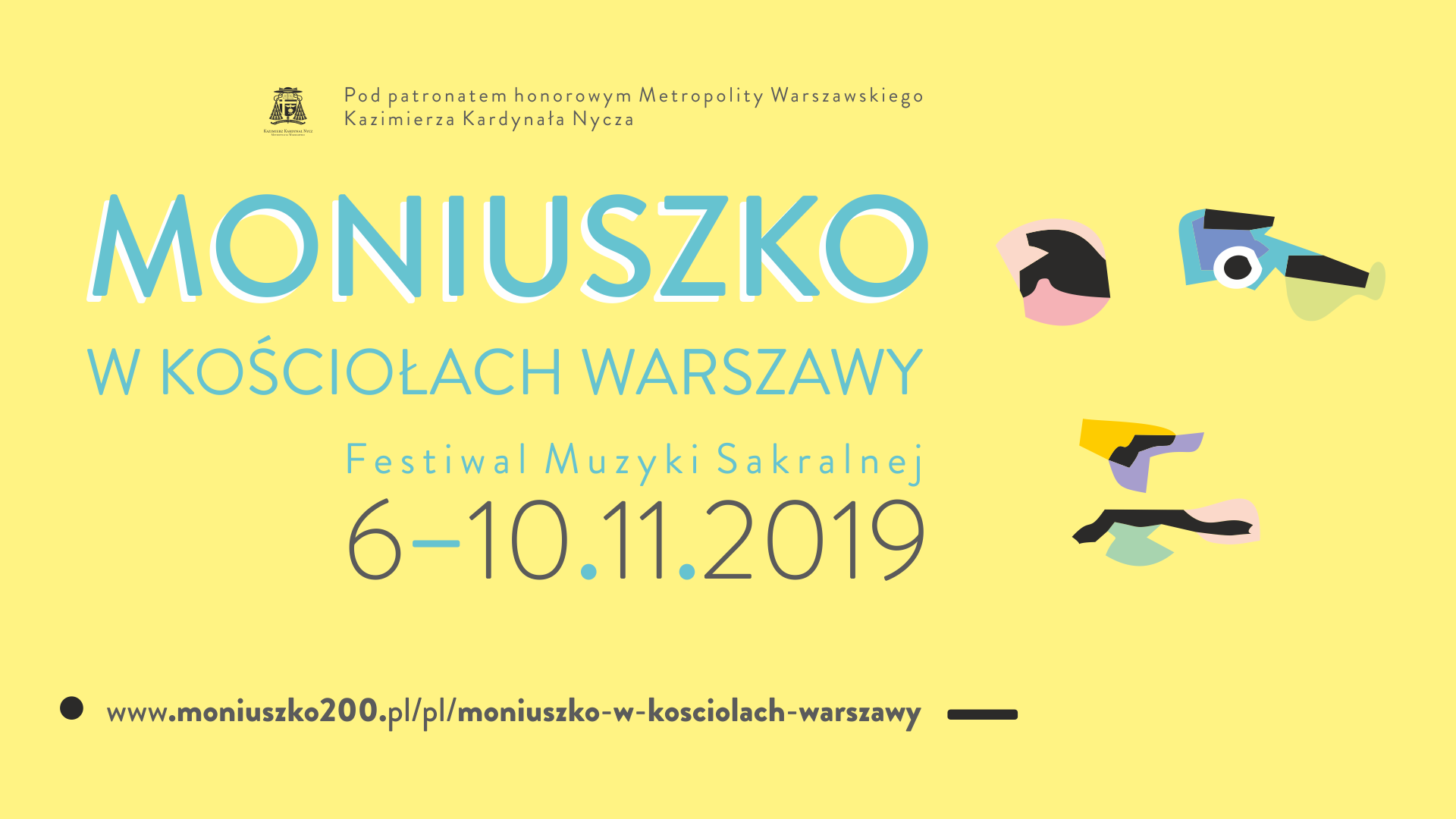 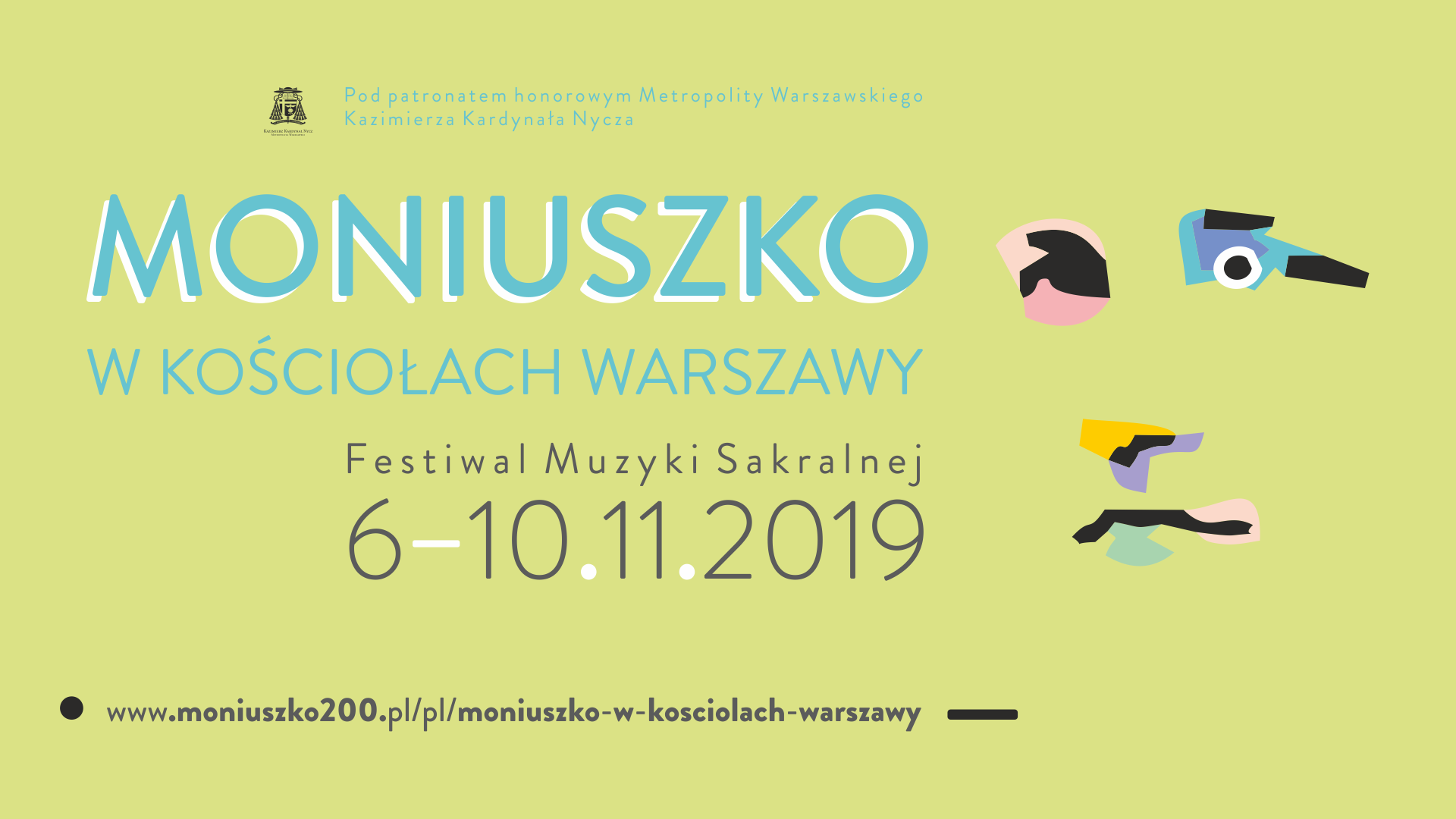 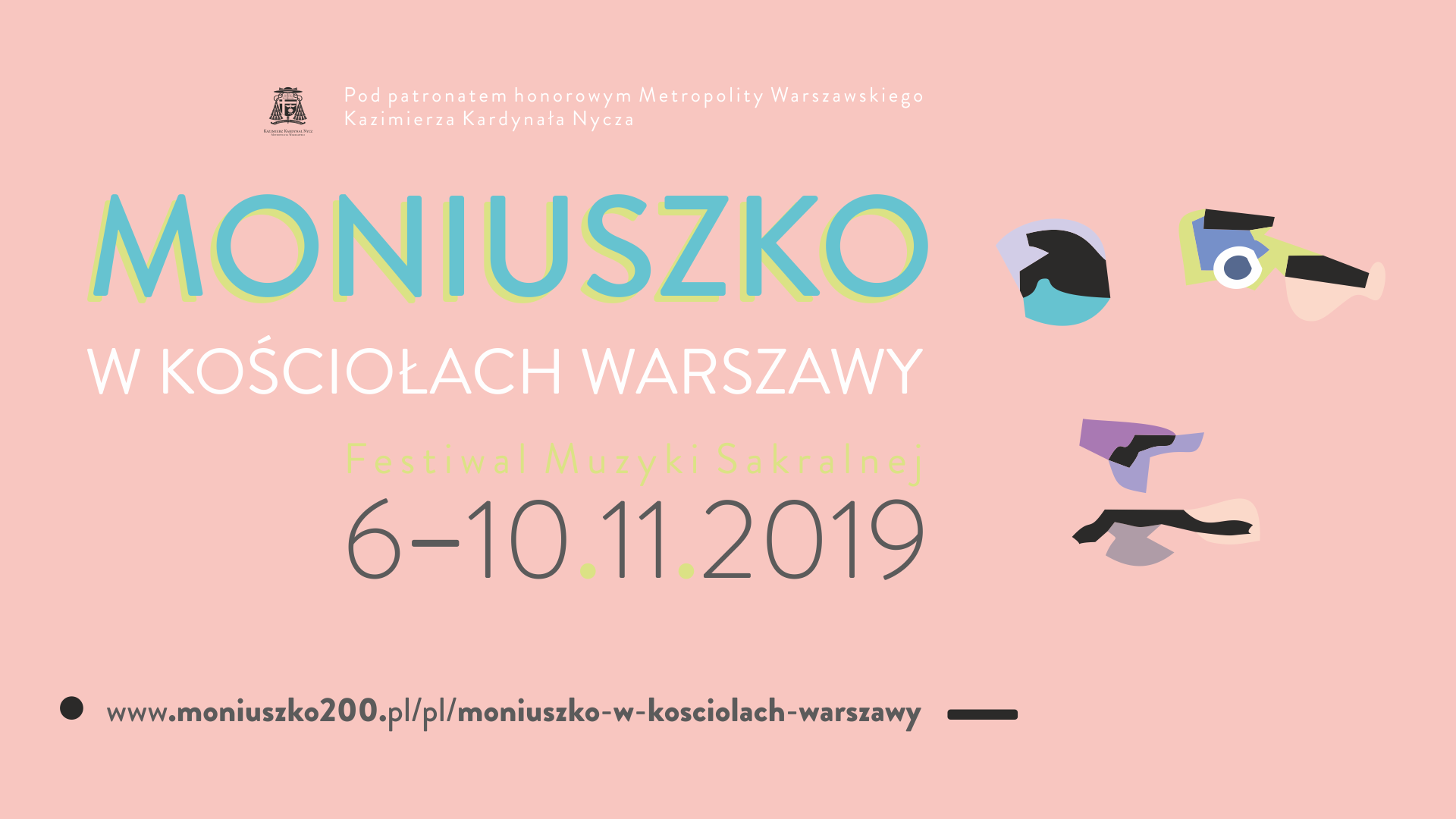 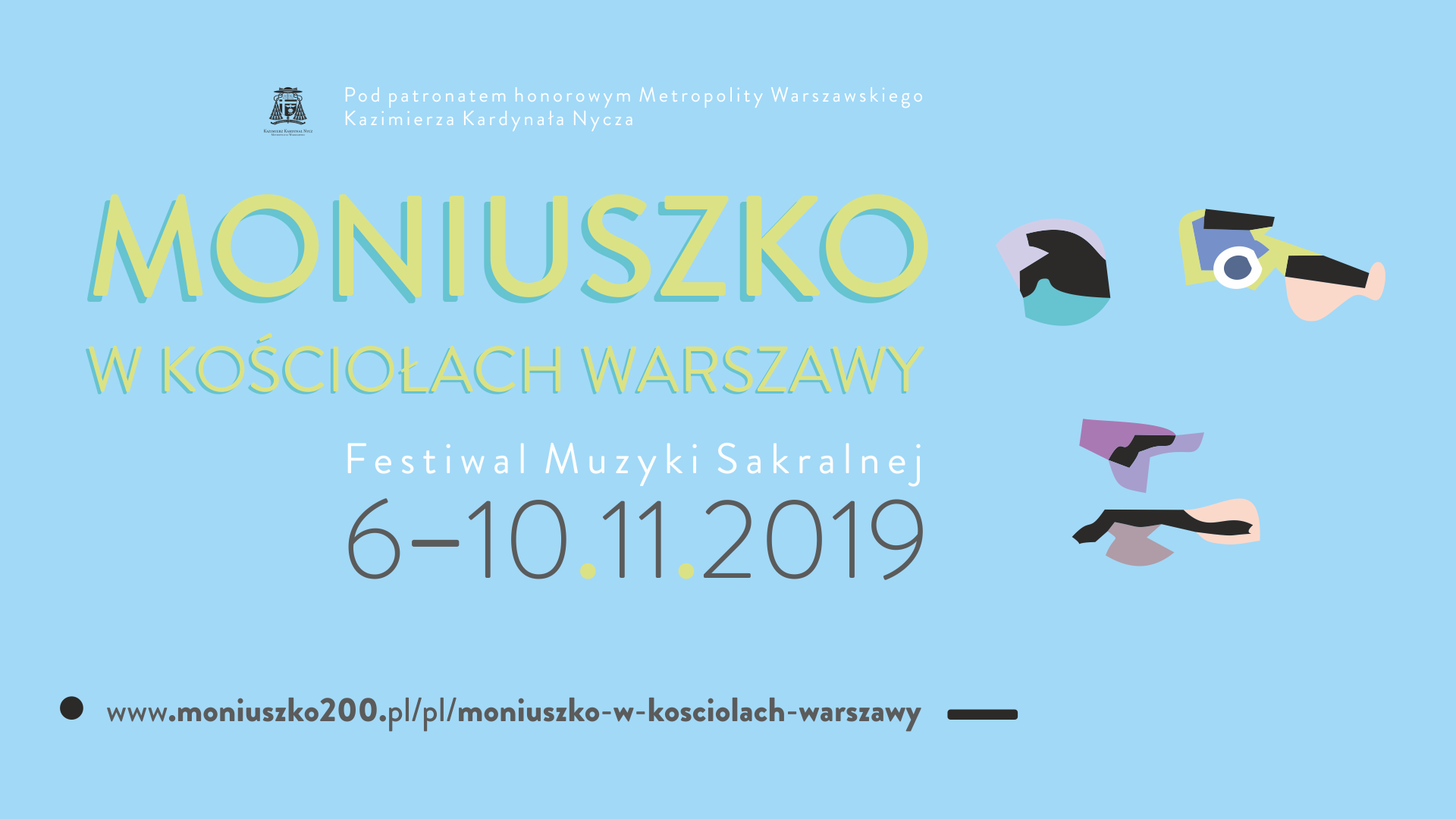 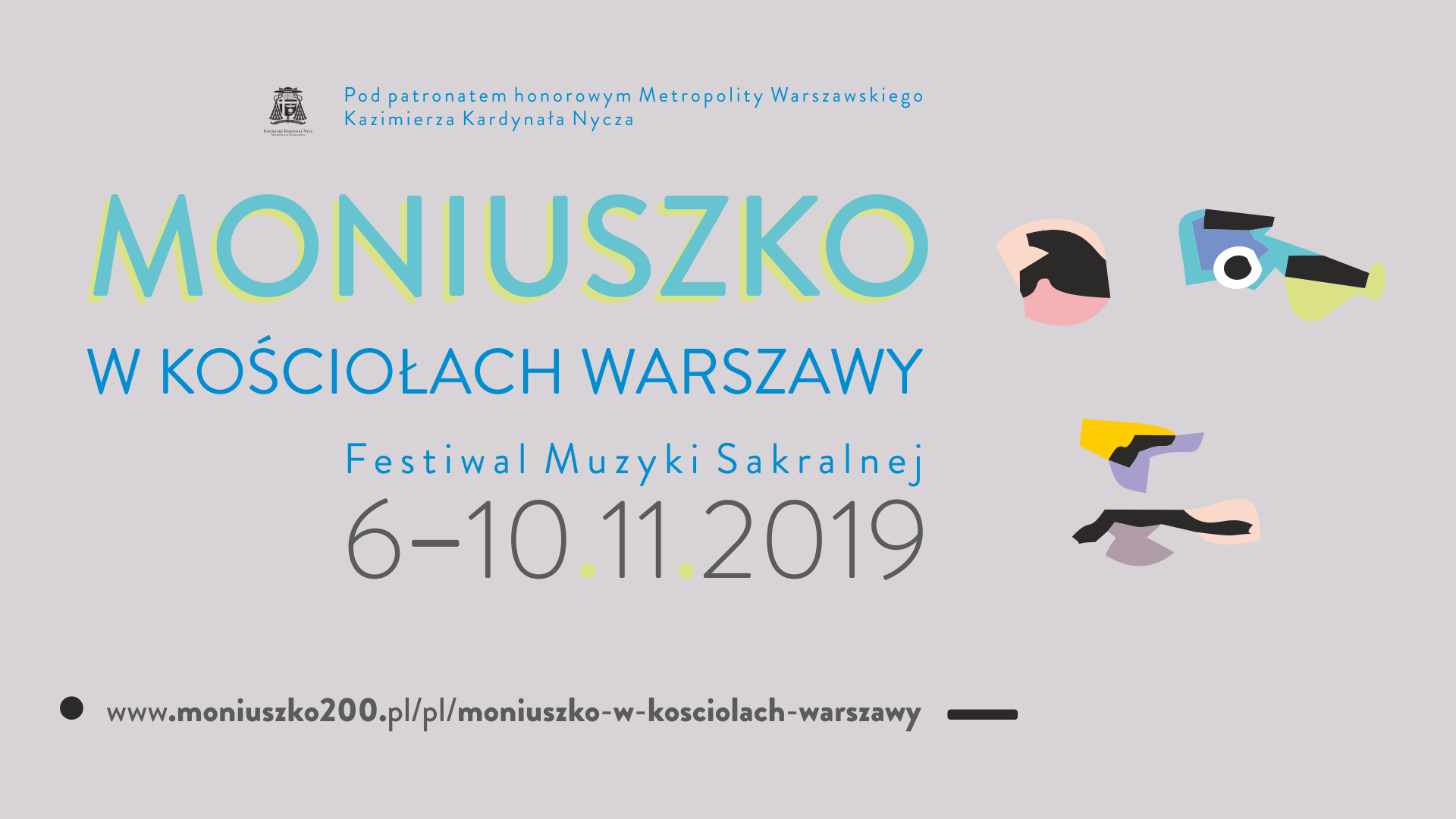