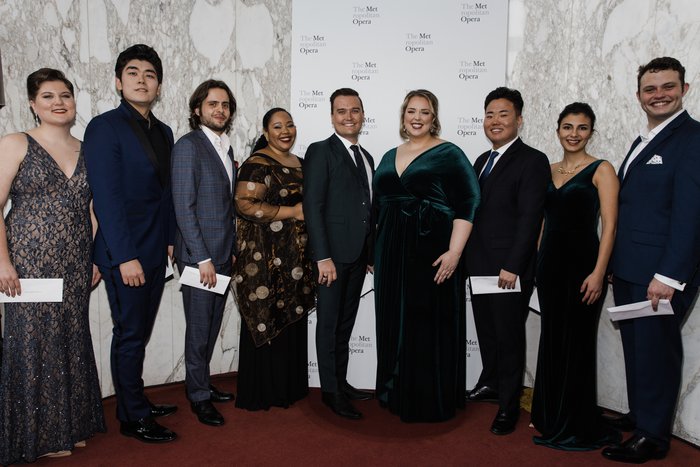 Moniuszko at the Met

'I'm on a mission. When I came to America five years ago, I chose Szymanowski's songs during my first public performance. I've been promoting Polish music ever since that moment,' young Polish tenor Piotr Buszewski (pictured third from the left) told Onet.pl after becoming one of the ten finalists of the Metropolitan Opera National Council Auditions, beating a few hundred candidates to the spot.

At the Grand Finals Concert on 31 March, Buszewski sang Stefan's Aria with Carillon from Moniuszko's The Haunted Manor.

A regular of the Metropolitan Opera, tenor Piotr Beczała praised the young singer for his achievement. 'I worked with him a little when he was studying at Juilliard and I'm very happy that he mustered up the courage to sing Moniuszko at the finals concert, while he clearly could've chosen something more popular. Hats off to him,' Beczała told PAP.

Polish Bass Tomasz Konieczny, who currently sings in The Ring at the Met, believes Buszewski has a bright future ahead of him. 'He has a fantastic tenor voice with a rare timbre. (...) He was probably the first person to sing Moniuszko in Polish at the Met (…). He put on a great show. He was interrupted mid-performance by applause, and the ovation he received after he finished was probably the greatest of the night.'