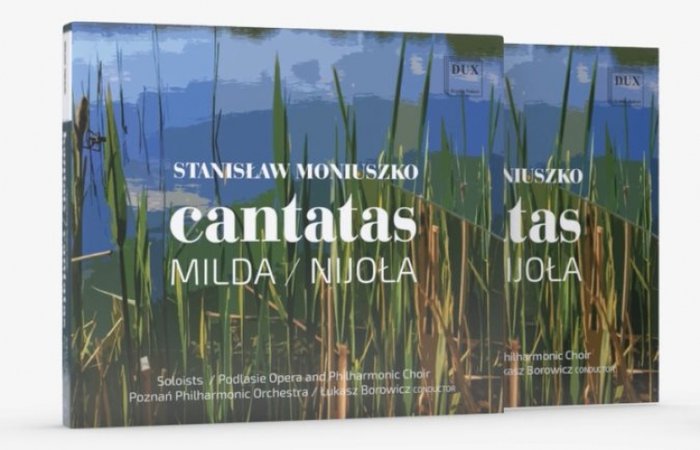 Last Friday saw the release of a recording of Milida and Nijoła, two unknown cantatas written by Stanisław Moniuszko. The double album is the Poznań Philharmonic Orchestra's contribution into the celebrations of the composer's bicentenary.

Both cantatas were inspired by the poem Witolorauda by Józef Ignacy Kraszewski and draw on Lithuanian mythology.

During the Friday press conference, Wojciech Nentwig, director of the Poznań Philharmonic Orchestra, said that both Milida and Nijoła were forgotten pieces, known only to a select group of the most inquisitive lovers of Stanisław Moniuszko's oeuvre.

'The Poznań Philharmonic Orchestra is not an opera organisation and so in the Year of Stanisław Moniuszko we wanted to do something that is not generally associated with the composer. (...) The idea to record these two completely unknown mythological cantatas came from Łukasz Borowicz, who is famous for his ability to unearth real gems of (mostly) Polish music,' said Nentwig.

Łukasz Borowicz stressed that the album is another reason go beyond Halka or The Haunted Manor when it comes to Stanisław Moniuszko's oeuvre.

'The Year of Moniuszko is drawing to a close. We will be left with memories and a few recordings. This release is incredibly important. What should we do for Moniuszko's music to be performed outside of Poland? The answer is easy. We should perform it, but we should also record it and publish scores – that's what festival and orchestra directors need,' he added.

Singer, actress, stage director and director of the Podlasie Opera and Philharmonic Orchestra, Ewa Iżykowska-Lipińska agreed that the release is the best way to promote Moniuszko's work internationally.

'Watching and singing with international performers, I have noticed an interest in unknown pieces. It's a perfect opportunity to take advantage of the tendency and become visible,' she said.

The release of the album was supported by the Polish ministry of culture's Fundusz Promocji Kultury, as part of the programme Moniuszko 2019 – Promesa run by the Institute of Music and Dance in Warsaw.