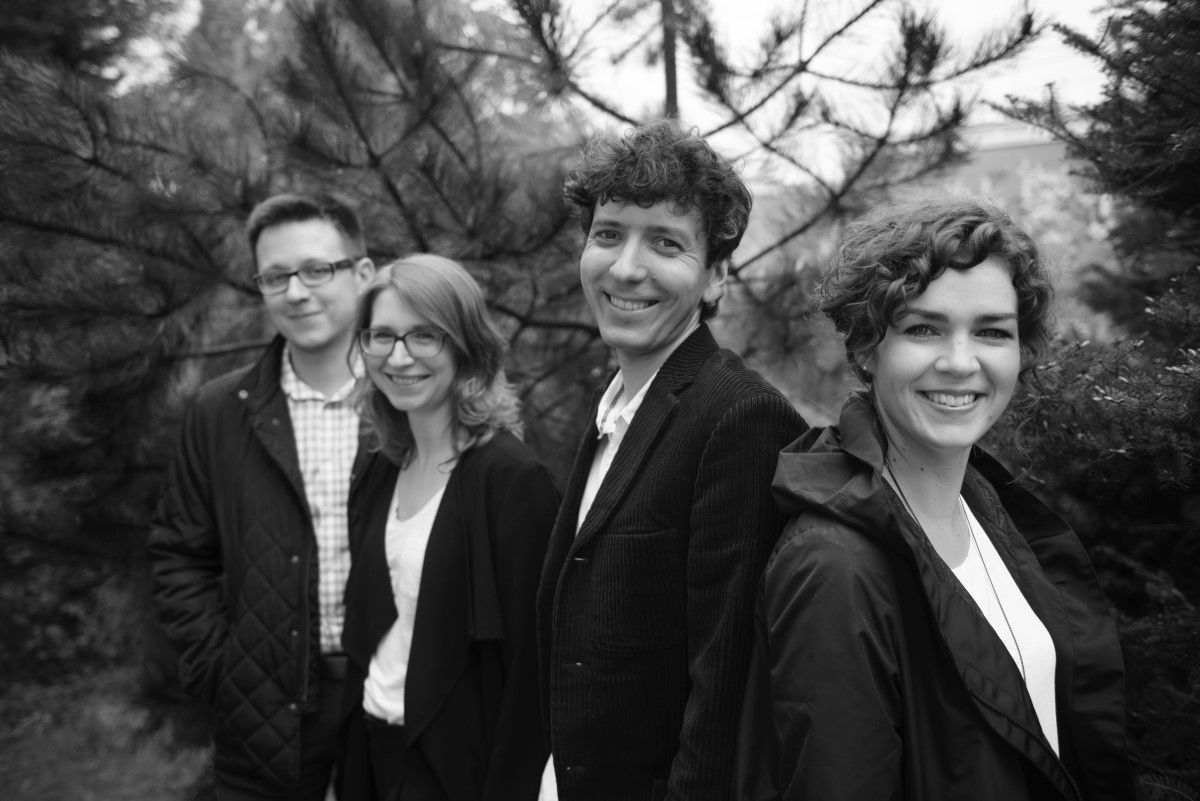 The ensemble was founded in 2017 by four musicians who had spent years performing with the most significant historically-informed ensembles, both in Poland and abroad, and founded the Quartet to explore 18th and 19th-century chamber music together. The Quartet focuses on bringing back to life forgotten pieces of that time, especially works of Polish composers. Cooperating with musicologists, the musicians pay attention to reflecting performance practices of the period. A very small portion of Polish chamber music of the classical and the romantic period is known to the general public. It is also virtually absent from concerts and recordings. This is a gap the Equilibrium String Quartet wishes to fill successively. In 2018 Equilirbium released its first CD – Józef Elsner’s String Quartets Op. 8 (CD Accord) – which is the first recording of this music on period instruments.

Adam Pastuszka graduated from the Academy of Music in Katowice. He also studied the violin with Simon Standage at the Akademie für Alte Musik Oberlausitz. He has been associated with historically informed performance for over ten years. He has played with Arte dei Suonatori, Haydn Sinfonietta Wien, Le Parlement de Musique, Collegium Marianum, Goldberg Baroque Ensemble, Wrocławska Orkiestra Barokowa and {oh!} Orkiestra Historyczna, to name but a few. He has performed as a chamber player, a concertmaster and a soloist in famous concert halls and at renowned festivals in Poland and abroad. Adam Pastuszka has performed on over ten records and collaborated with many outstanding artists, such as Andrew Parrott, Paul McCreesh, Giovanni Antonini, Martin Gester and Rachel Podger.

A soloist and a chamber player, she has enjoyed regular collaborations with the most significant early music ensembles in Poland and in Europe, including Le Cercle de l’Harmonie, Collegium Marianum, Arte dei Suonatori. Currently, she performs regularly with Wrocławska Orkiestra Barokowa and {oh!} Orkiestra Historyczna. She graduated in violin and baroque violin from the Academy of Music in Katowice. Thanks to the Erasmus scholarship programme, she has also studied at the universities of music in Graz (the violin) and in Vienna (historical performance practice). Before she developed an interest in historically informed performance of early music, she regularly collaborated with Śląska Orkiestra Kameralna, Orkiestra Muzyki Nowej and Orkiestra Miasta Tychy AUKSO. Together with Anna Firlus (harpsichord) and Krzysztof Firlus (viola da gamba), she has been part of the Extempore trio for ten years now. She also works as a Suzuki method teacher.

A violinist by education, a violist by calling, she was exploring the secrets of historical performance with Zbigniew Pilch at the Academy of Music in Wrocław, as well as with Rachel Podger at the Royal College of Music and Drama in Cardiff. She also took part in multiple courses given by such teachers as Amandine Beyer, Petra Mullejans and Enrico Onofri. While still a student, she collaborated with Arte dei Suonatori, the Harmonologia ensemble and Wrocławska Orkiestra Barokowa. Currently, she gives multiple concerts, both as a violinist and as a violist, with such ensembles as {oh!} Orkiestra Historyczna, L’Arpeggiata, Capella Cracoviensis, Collegium 1704, Holland Baroque, Les Ambassadeurs, Orkiestra Kore, Capella Regia Polona or Dresdner Festspielorchester. She has performed in concert halls throughout Europe, as well as in Asia and North America. She can be heard on recordings released by: BIS, Chanel Classics, Alpha, Dacapo and DUX.

Tomasz Pokrzywiński graduated from the Warsaw Academy of Music (sound engineering) and the London Guildhall School of Music and Drama (baroque cello). He regularly works with the Arte dei Suonatori, Holland Baroque and {oh!} Orkiestra Historyczna ensembles. As a guest concertmaster, he collaborates with the Academy of Ancient Music and La Nuova Musica. As a chamber player, he joins such collaborators as Rachel Podger, Marcin Świątkiewicz and Marcin Masecki. He has recorded for companies such as Harmonia Mundi, Channel Classics, BBC, Alpha and BIS. In addition to historically informed performance, he works in arrangement and, recently, improvisation. He likes to challenge stereotypes and explore the borderlands of classical music, which is why he has founded or takes part in such initiatives as Festiwal 3x3, the Transkrypcje and Dżemy Klasyczne cycles, Festiwal Strefa Ciszy and Smykofonia. He has been teaching baroque cello at the Fryderyk Chopin University of Music since 2016.